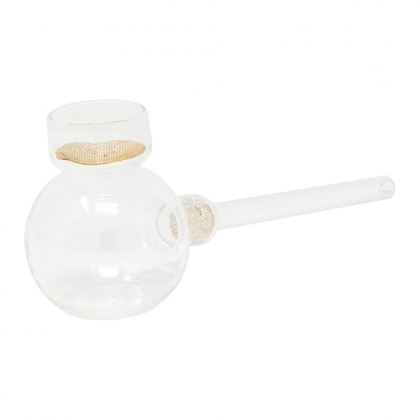 The Eagle Bill Shake & Vape Pipe is a traditional glass pipe blown utterly to suit vaporizing. Featuring an ancient method of the Egyptians, the name of the vaporizer comes from the round part of the vaporizer. However, it was developed by Eagle Bill in 1993; the design is reminiscent of a regular pipe. But unlike this, your herbs are not burned but vaporized. It is a cheap entry-level device that is heated with a powerful lighter. For producing more vapor, the vaporizer requires a few careful shakes.

We found the product in 3 online shops starting at a price of £9.49.