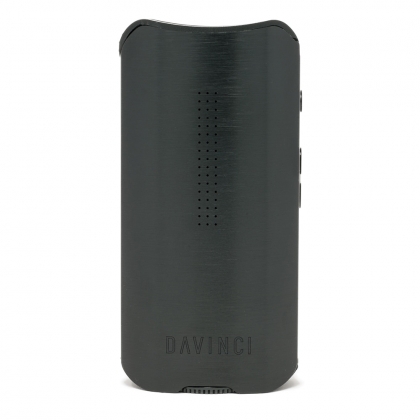 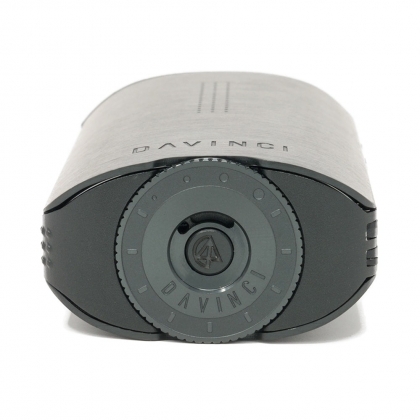 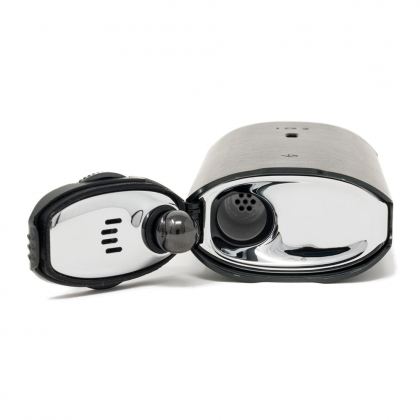 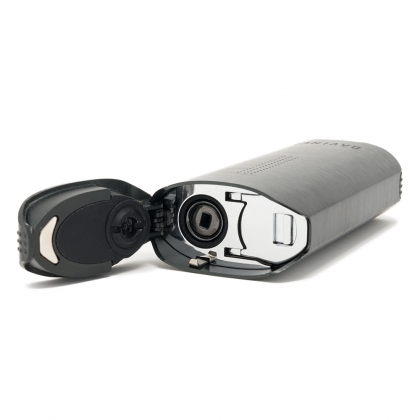 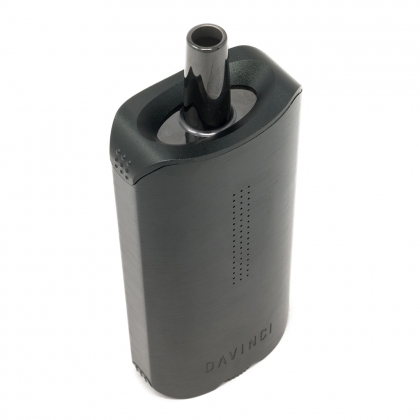 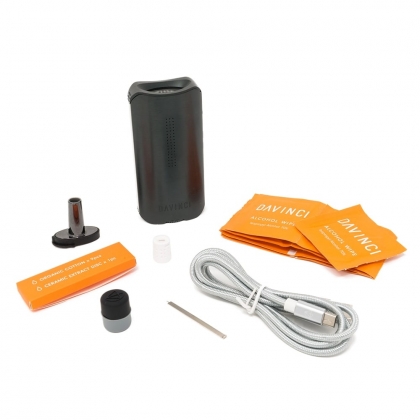 The DaVinci IQ2 vaporizer is a significant upgrade from the DaVinci IQ, adding a few improvements and brand new technology. A tad bit bigger than its predecessor, the IQ2 comes with a revolutionary on the device and in-App dosage calculation. The conduction vaporizer features a glass-lined ceramic oven that holds up to 0.5g of herbs. Besides, it has a zirconia ceramic air-path that you can fill with other herbs for an enhanced vaporizing experience. To top it off, they provide a ten years warranty to fall back on.

The brand DaVinci carries a heavy burden when they came up with their name. Fortunately, they did not mock a legend, but they revive the formidable Leonardo Da Vinci’s talents into the modern world. Their products are pleasing aesthetically without compromising functionality and detail; the same thing goes for the IQ2. The introduction of the adjustable airflow increases the vapor experience. At the same time, the new technology creates another type of vaporizer enthusiast, the connoisseurs who respect their vaping materials, either herbal or concentrate.

The revolutionary: On Device and In-App Dosage Calculation
By the time the IQ2 launched, there was no vaporizer out there in the market that has this feature. The DaVinci dosage algorithm is a patent-pending calculation based on numerous variables; the amount loaded into the device, the potency, or the strain of the herbs. Meanwhile, the result may vary according to the temperature used, the duration of draw pauses, the amount of time the herb is heated. As the IQ2 tracks and reports your dose per draw and session, you can determine how different material performs on the device, and you’re able to adjust your prescription accordingly. Otherwise, you may use the included 0.2g dosage pod. While there is only an Android IQ2 App available, iOs users can still use the feature directly on the device. Click twice on the device within the first 2 minutes to activate the dosage control.

Air Dial™
The adjustable airflow is the second-best new feature from DaVinci; five adjustable levels will bring different outcomes. The draw resistance on the IQ2 has reduced tremendously from the Original IQ. On the other hand, with better airflow, the vapor from the IQ2 is 50% cooler than typical vaporizers, and you can adjust as needed. For a dense vapor, you may decrease the airflow and increase the draw resistance by turning the dial clockwise.

Minimalistic
At first glance, IQ2 resembles the IQ, as they both have similar-looking casings. However, the material is different and might be the reason it is lighter despite additional features and improvements. It possesses the same 51 LEDs and three-button controls to navigate the modes and the temperature settings. On the other hand, the IQ2 comes with brushed aluminum finishing and distinguishes itself from the original DaVinci IQ (OG IQ).

Energy efficient
The IQ2 comes with a removable 18650 battery with 10A continuous discharge, which DaVinci claims to prolong the life of your vaporizer. Plus, if the battery gets old or faulty, you may change it instead of getting a whole new unit, unlike vaporizers with built-in batteries. Most importantly, The IQ2 has better thermal management, resulting in less energy needed for the device to maintain the temperature while initial heating takes less than a minute to reach. It has a massive 3500mAh capacity, lasting an hour-long continuous usage. However, it will take 6 hours to charge the battery fully. To solve this, you may purchase the external charger that cut the time to half and can charge two batteries at the same time.

IQ adopted features
First of all, the DaVinci IQ2 is another level of OG IQ and not an entirely new game. Therefore, it makes has the features of the OG IQ but with a little bit of touch up on details. Yes, the insides of the device are still fully ceramic zirconia, which includes the flavor chamber, heating chamber, and the chamber reducing pearl. Other than that, the temperature modes and settings remain as follows:

Free shipping on orders over £60

Extra 5% discount when paying with a Cryptocurrency (Bitcoin,etc.) 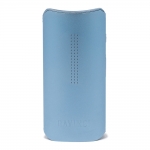 DaVinci has created another smart vaporizer, the DaVinci IQ. Already known for creating gorgeous, high-quality products like the DaVinci Ascent. The DaVinci ...