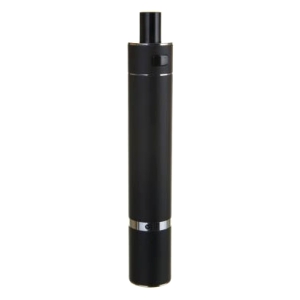 The Boundless CF-710 is a specialized device made only for vaping wax or oils. When compared to the old-fashioned nail and torch method, the CF-710 is downright space age. Concentrate/wax vaping is more intense than herbal; the vaporizer can provide up to 500 draws per charge. Thus, allowing it to lasts for at least a whole day for personal use.

When Boundless Technology releases something new, you know to expect excellent vaping quality at a price practically anyone can afford. Dabbing is the hot new trend in the vaping industry – referring to the use of wax or oil instead of herbs, dabbing is an ultra-powerful way to get where you want to go. Boundless Technology honors this by naming it 710, which says “OIL” when turned upside down. Meanwhile, you can check out the child of the 710 they released in mid-2019, the Boundless Terp Pen.

Long Battery-Life
Featuring an internal 16500 lithium-ion battery, the Boundless CF-710 boasts a capacity of 900mAh. The battery fully charged in 2 hours and allows up to a full hour of usage or around 500 inhalations. The fact is, if you’re dabbing for more than an hour, you’re probably not conscious. Meaning you can vape to your heart’s content, as long as you plug it in using the micro USB charger, it will be ready to go as soon as you are. Not only that, but the heating is nearly instantaneous; there’s no red-hot nail and no hot and smelly butane torch, an only tasty vapor at a moment’s notice.

Easy Cleaning
Measuring at 14 cm x 2 cm of dimension, the CF-710 stands tall in the industry of nectar-collector vaporizer pens, no matter what you compare it. As it comes to cleaning the CF-710, everything is removable and capable of being soaked in ISO-alcohol.

Heating Tips and Tricks
Heating begins just a few button presses later after popping the top off, exposing the heating element and dabbing your material. Included in the base product, the CF-710 also sports two types of “tips” that can change your experience pretty drastically.

At-Will Heating
Once you have popped the top off the device, its operation could not be more simplified. With the Boundless CF-710 “nectar collector,” a process that can be frustrating and messy becomes effortless. It takes under 10 seconds to heat up and get the thick, flavorful vapor that you deserve. Charge, dip and dab your way to bliss with the Boundless CF-710, without ever having to touch another can of butane. Depending on how you’d like to play it, holding the button down for:

Whatever route you choose, you can be sure the Boundless CF-710 will perform with gusto.